Stay up-to-date with our current services and upcoming activities, programs, and special events by becoming a member and receiving our award winning quarterly newsletter the Recorder. Not only will you see what we have planned for the near future, but you will also learn about interesting chapters in our local history that you will not see anywhere else. In addition, you will find out about all the historical artifacts and other material we have recently added to our museum and library collections. Finally, since our organization is about people as well as history, you will learn about what our staff, volunteers, and other members of the society are doing in our ongoing efforts to build a stronger organization to better serve our community.

For over 125 years, the Ross County Historical Society has preserved the exciting heritage of Chillicothe, Ross County, and Ohio. Few historical societies have such a comprehensive and respected collection of historic and prehistoric artifacts and records. In addition to operating three museums and a library, the Ross County Historical Society sponsors various events throughout the year and makes available many educational programs for children and adults: 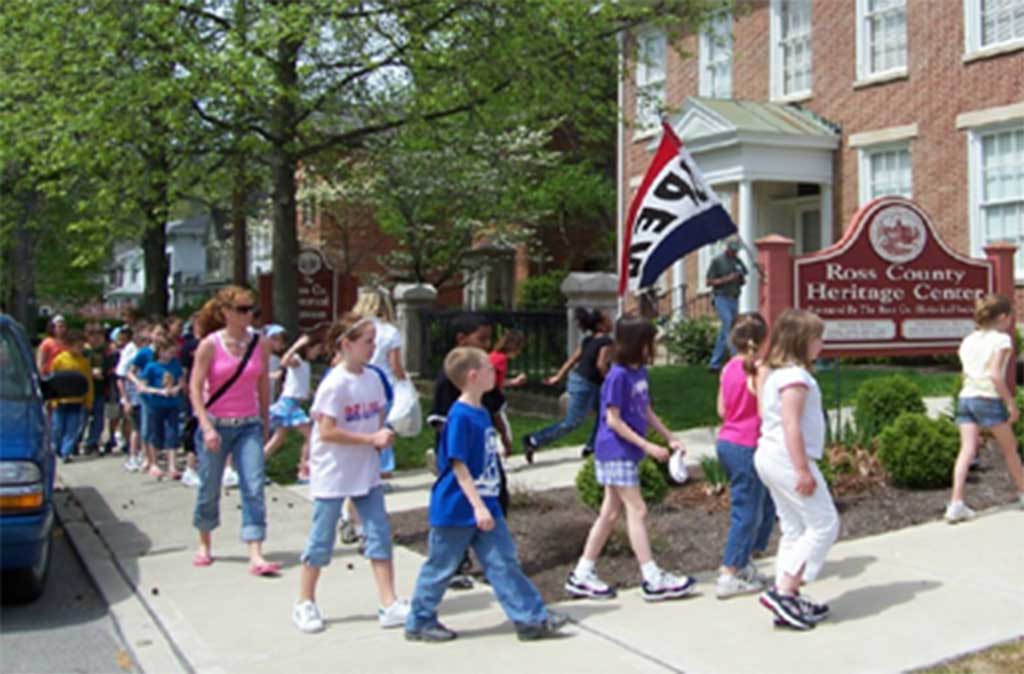 The McKell Library holds over 17,000 books and 11,000 archival documents.  The photo archives contain over 20,000 photographs, most of which are of local people, places, and events.  The library is open to teachers, students, and the public Tuesday, Wednesday, and Friday, 1-5 pm.  Because most of the material housed in the library is rare and often fragile, its use is limited to the library reading room.  No items can be circulated.  Photocopying is available.
McKell Library 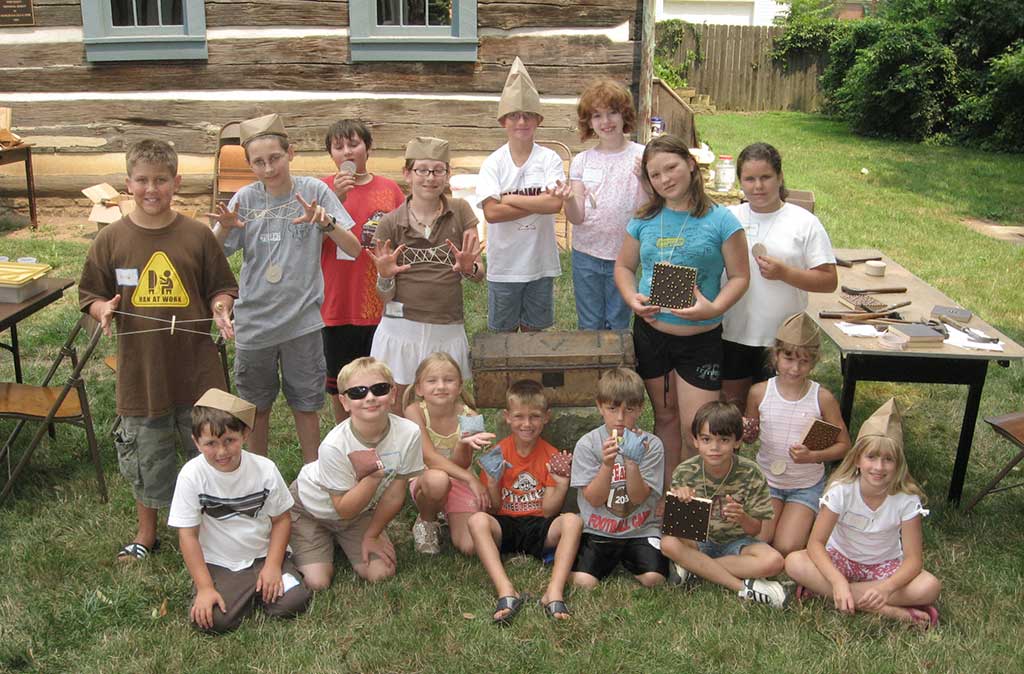 The Ross County Historical Society’s Junior Member Program provides children six to twelve years of age with a fun, hands-on, journey into Ross County’s past.  A one-day summer program offering historical games, crafts and other activities takes place on the grounds of the Knoles Log House each July, while a similar indoor program is offered in early December.  (In addition to being listed under “Upcoming Events and Programs” on this website, notices about upcoming Junior Member activities are posted in our newsletter the Recorder, on our social media platforms (listed below), and through press releases to area media outlets.)  Junior Members also receive two issues of the junior newsletter, History Mystery News, each year.  Children may become junior members either individually or through a parent’s or guardian’s family membership in the historical society.  (Membership applications are available on the “Become a Member” page on this website.)

Suitcase museums are trunks containing both real and reproduction historical artifacts that students can touch and examine. The trunks are organized around topics of local historical interest. Currently, we offer two suitcase museums: one titled “Making Doughboys" is about Camp Sherman—Chillicothe's World War 1 army training camp.  A second suitcase museum, titled "Settlers and Statehood," contains material illustrative of the early settlement period of Chillicothe and Ohio.  (Teachers may borrow suitcase museums for up to a week at a time.  To reserve one, please contact the curator of the Ross County Historical Society by phone at 740-772-1936 or by email at info@rosscountyhistorical.org.) 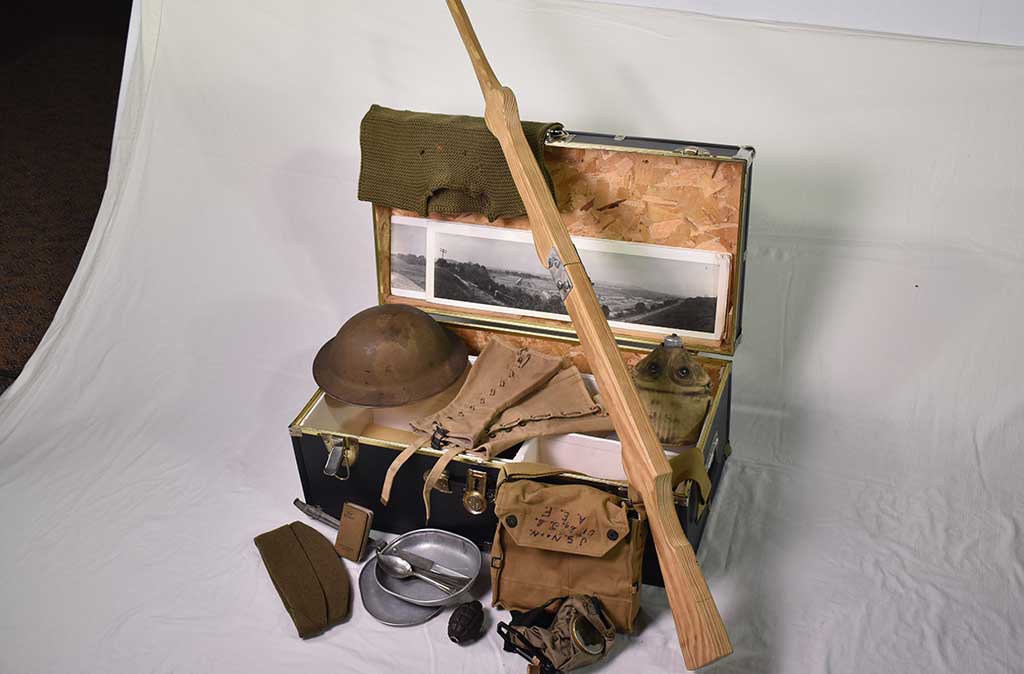 Check back for future events!

Each year the society hosts a spring and a fall speakers series. These programs are free and open to the public and feature local, regional and national authorities on a wide range of historical topics. Examples include recent prehistoric earthwork discoveries in Ross County, the Ohio and Erie Canal, the Underground Railroad, local sports history, military history, and visits by important historical figures as portrayed by top living history specialists. Programs take place at the Ross County Heritage Center every other Wednesday evening at 7:30 p.m. beginning late April through May and late October through November. Programs usually last about an hour. Refreshments are served at the conclusion of each program. In addition to being listed under “Upcoming Events and Programs” on this website, notices about upcoming speakers series programs are posted in advance in our newsletter the Recorder, on our social media platforms (listed below), and through press releases to area media outlets. Each year the society hosts special events for our members and for the community at large. Included is our annual Ohio Statehood Day Open House held on the first Saturday of March to commemorate the anniversary of the founding of the state of Ohio (March 1, 1803). The event includes the opening of new temporary and permanent exhibits, special one-day displays, and live period music. In April, we host our annual Archaeology Day featuring table top exhibits of locally and regionally found prehistoric artifacts, geo-facts, fossils, minerals, and geodes found and collected by amateur and professional archaeologists from the area. The exhibitors are also on hand to help identify objects brought in by members of the public. During the holidays we host our annual Christmas Open House usually on the second Saturday in December. Featured are historical holiday decorations throughout the heritage center and live period music from Christmases past. Visitors are greeted by our staff and volunteers in each exhibit gallery of the museum and library. Other events are held from time to time to commemorate important anniversaries in history. In addition to being listed under “Upcoming Events and Programs” on this website, notices about upcoming special events are posted in our newsletter the Recorder, on our social media platforms (listed below), and through press releases to area media outlets.

The U.S. Army during the Early Republic, Post Revolution to the Onset of the War of 1812 Featuring Ken Osen, President of the W. Britain Toy Soldiers & Model Figures Company, Chillicothe. Wednesday, November 16, 7:30 p.m Adult workshops offering hands-on training in historical crafts and trades are offered on an occasional basis. Seminars are also occasionally offered on subjects related to regional history and prehistory and often feature the Ross County Historical Society’s museum and library collections. In addition to being listed under “Upcoming Events and Programs” on this website, notices about upcoming workshops and seminars are posted in our newsletter the Recorder, on our social media platforms (listed below), and through press releases to area media outlets. (Advanced registration is usually required. Any registration fees that may be charged go to cover material costs and presenter fees. Members receive a 10% member discount.) Since 2008, the Ross County Historical Society has recognized individuals, organizations, and local businesses for exemplary efforts to preserve and/or disseminate information about Ross County’s history through its First Capital Historical Awards program. These awards have been given to those who have researched and published books on local history topics, those who have saved or preserved historical buildings and landscapes, and those who have furthered the understanding of local history and prehistory through their life’s work and avocations. Awards are presented during the society’s annual meeting held the fourth Monday evening each April. (If you know an individual, a business or an organization who you feel deserves recognition for their efforts to preserve our history, please contact us before the end of February.)

Aside from our Facebook page, the society engages with the public on several social media platforms, sharing images of artifacts from our exhibits and storage archives and the stories they tell about the history of our area. When visitors can’t come to enjoy our collections in person, they can still enjoy exploring our digital version. Links for each of our platforms are listed below: